To add a Role to your Hiring Plan, you start by clicking the "New" button at the top of the Assumptions column, as shown in Figure 1.

This launches the "Add Sales Role" wizard, as shown in Figure 2.

The first step is to pick one of the supported role types, choose the type of quota for that role (if any), and hit "Next" to continue. 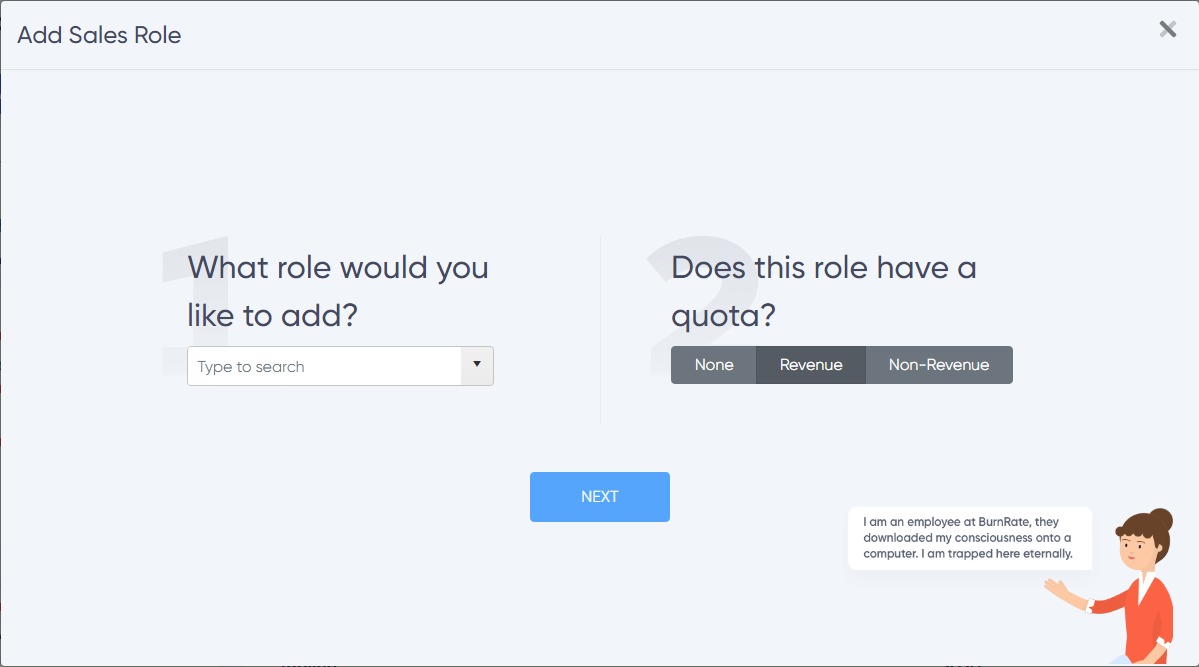 Here, you're going to define how this Role is related to other Roles in the system. If hiring for this role is not dependent on a specific headcount for another role, then select "Independent", as shown in Figure 3. Then click next to continue.

If you're adding an SDR, then you'll likely make that Role dependent on your Account Executives. Selecting that Role from the dropdown will then uncover additional questions, as shown in Figure 4. 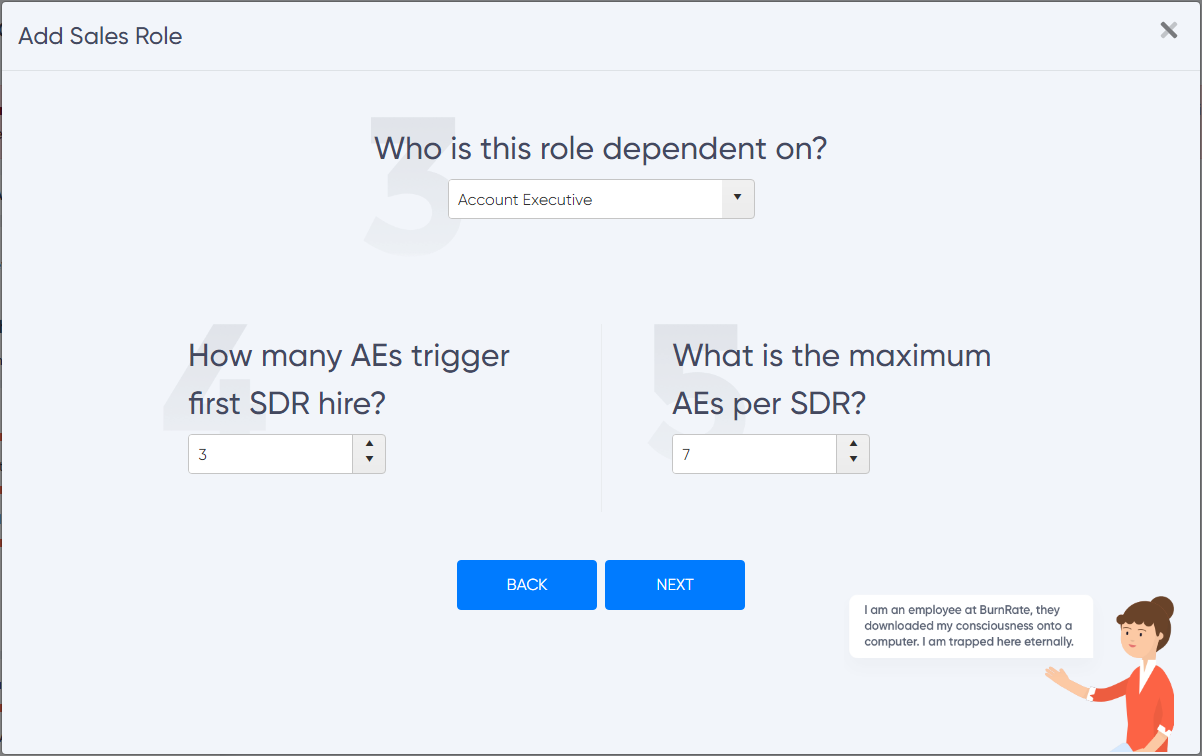 The new questions define the thresholds the linked Role will need to cross in order to trigger hires for this Role. You WILL be able to change this later, so don't worry if you don't get it right the first time.

In this step, we'll configure the Role's Manager, and specify the thresholds that trigger new Manager hires. It works the same way as the previous step; the only difference is that this one is not optional. 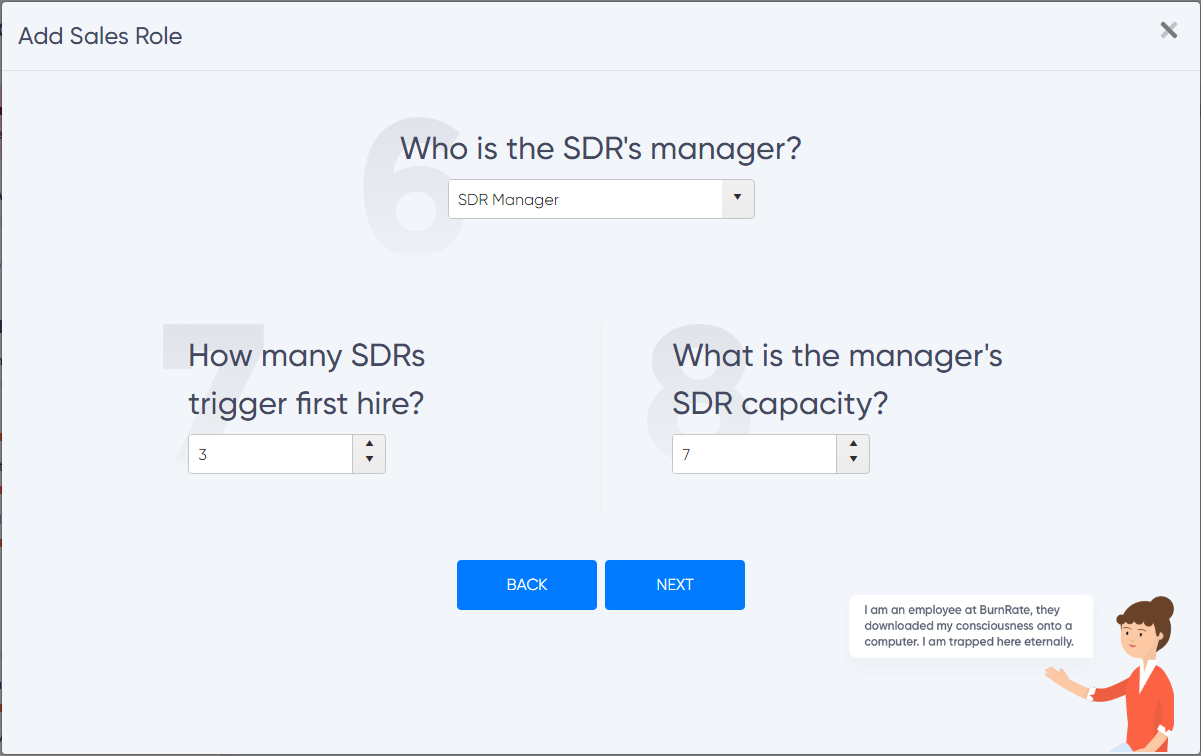 As in the previous step, here you will select the threshold for the first hire, and then the Manager's maximum capacity before another Manager needs to be hired. 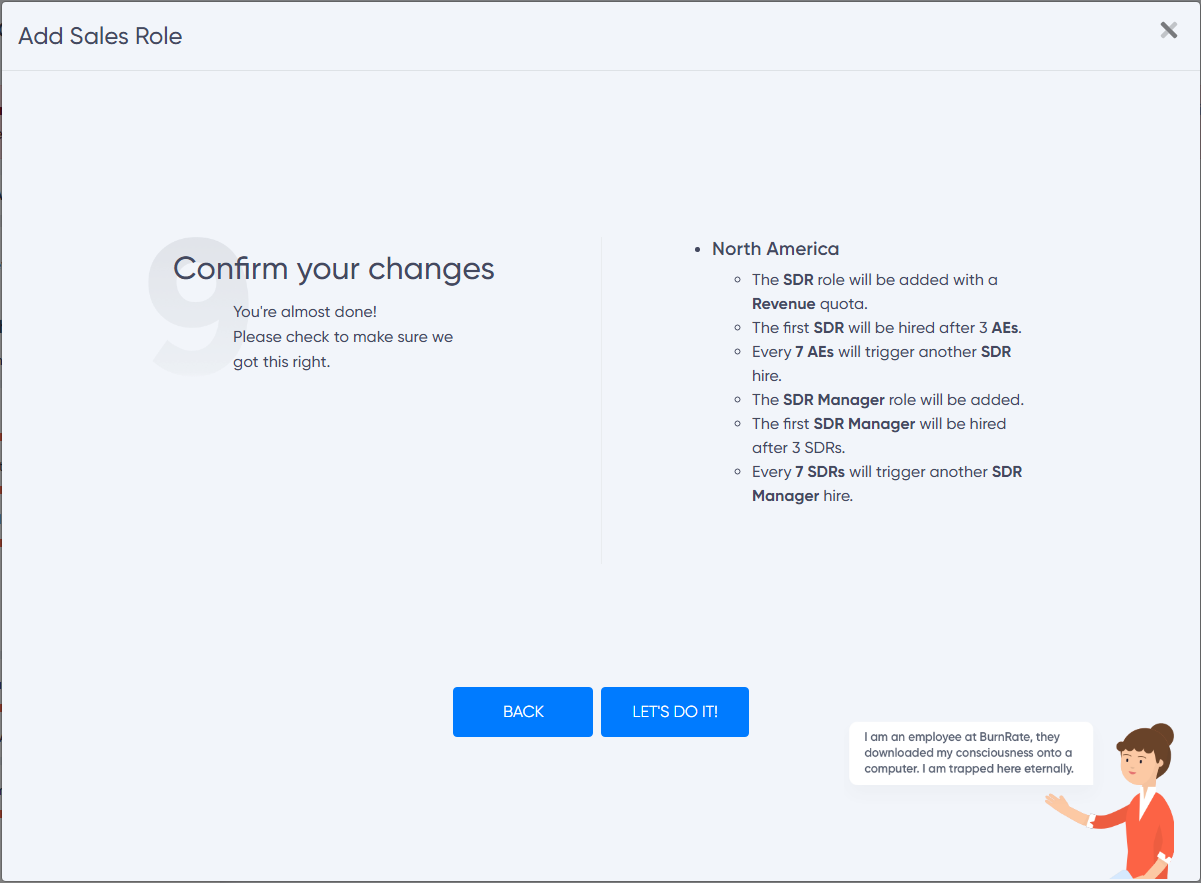 The last step of the process summarizes in clear language the changes that will be made to your Scenario. Once you are ready, click "LET'S DO IT!" to save your changes. The model should then refresh automatically for you. If you find that it hasn't, you can click the "Reset" button in the Assumptions column to refresh the projections manually.

Not finding what you're looking for? Contact Us Directly